Meet our two new members of the class: Lilo and Stitch :)

Today we had our Y3 French lesson outside, talking about the weather by playing fun dress up challenges

Class 7 had a fantastic time at Colchester Zoo yesterday! Check out our twitter for more pictures and videos!

Class 7 have finally made their smoothies! We had a variety of recipes and ingredients! Some healthy and we also tried some with a cheeky bit of chocolate in! 😜😋

What is a calligram?? Class 7 have answered this well with some great examples!

Fantastic French work from Y3. Describing their monsters and themselves. 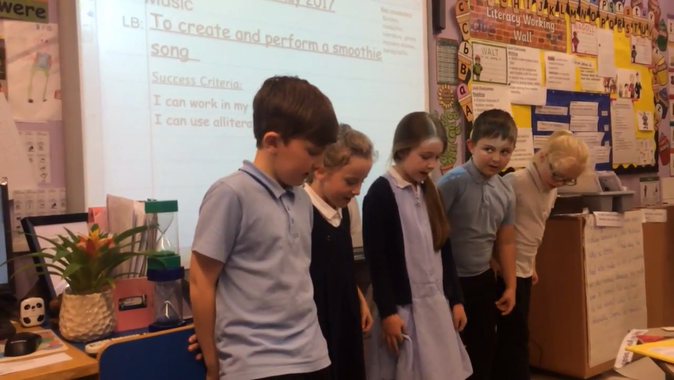 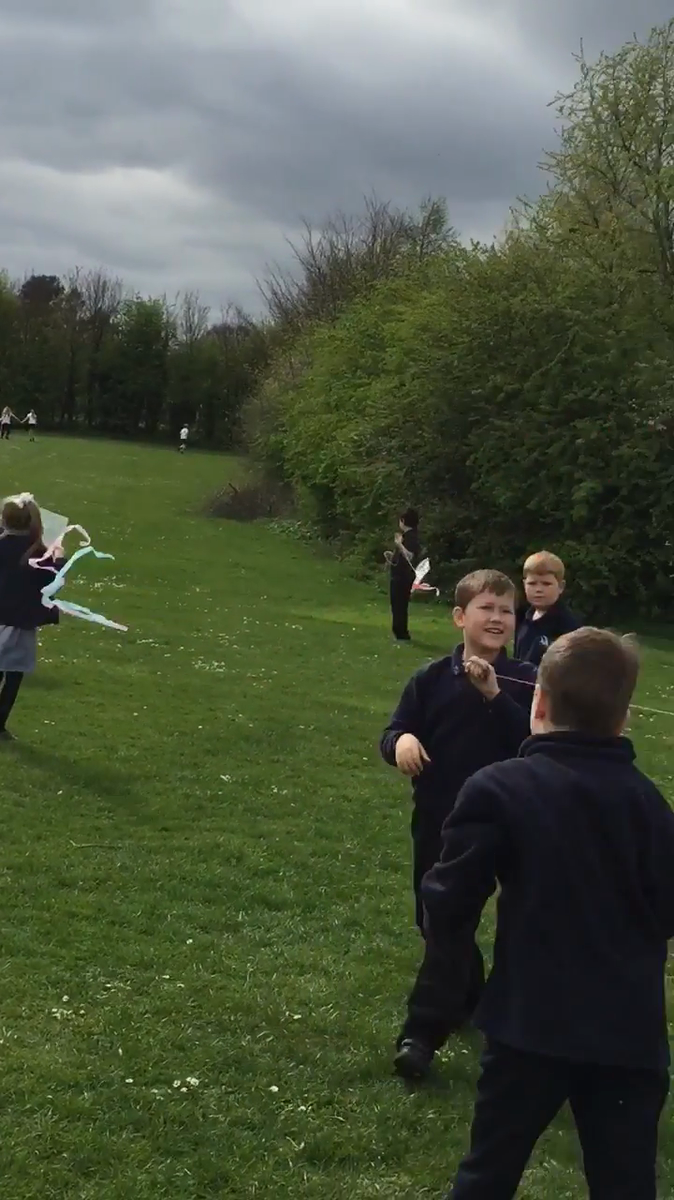 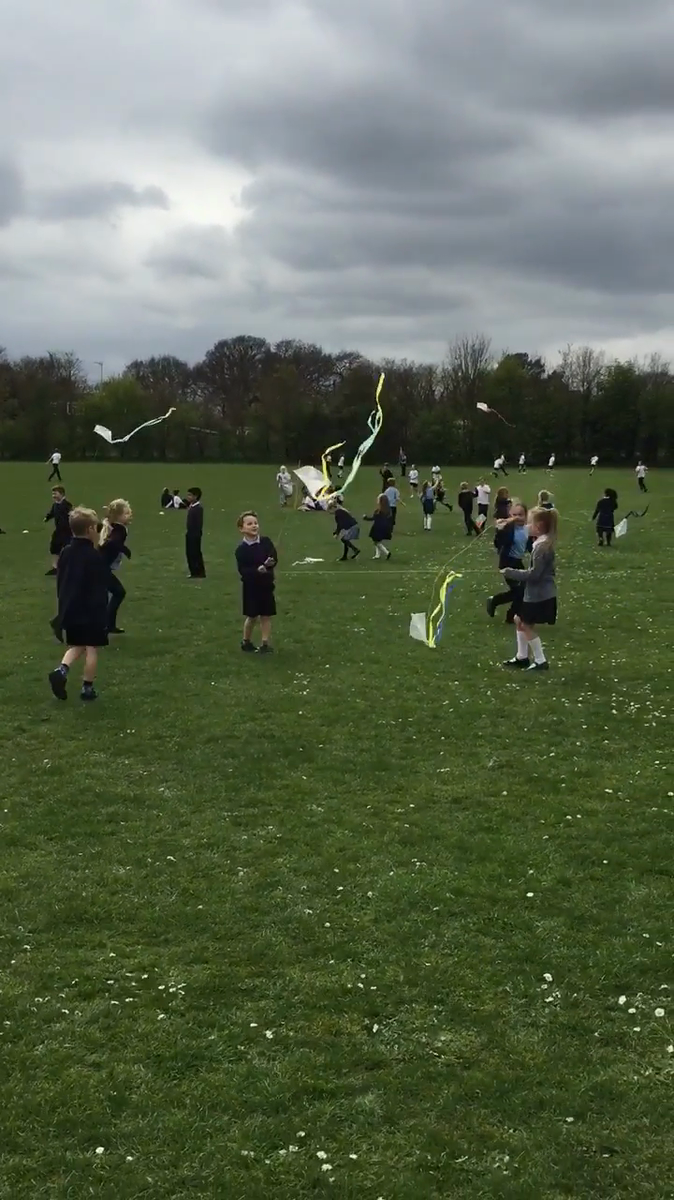 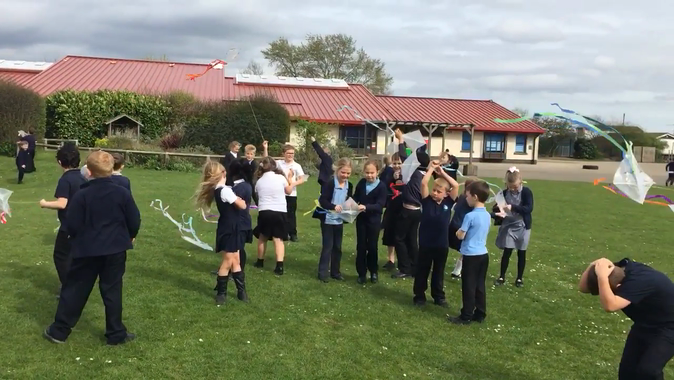 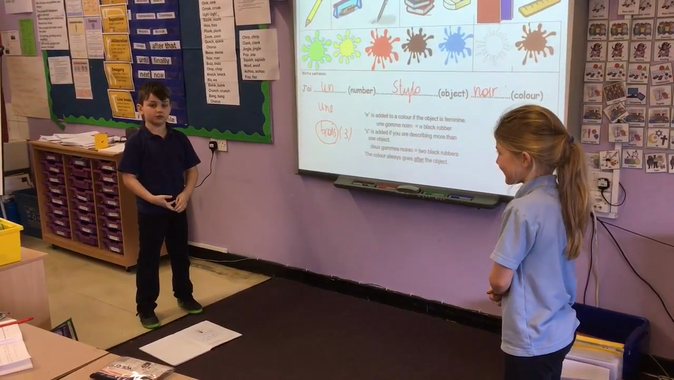 Class 7's science investigation: What happens when a plant does not have it's leaves? #Science #investigations

World Book Day Characters - We made the Gazette!!!

Class 7 have been investigating parts of a plant. 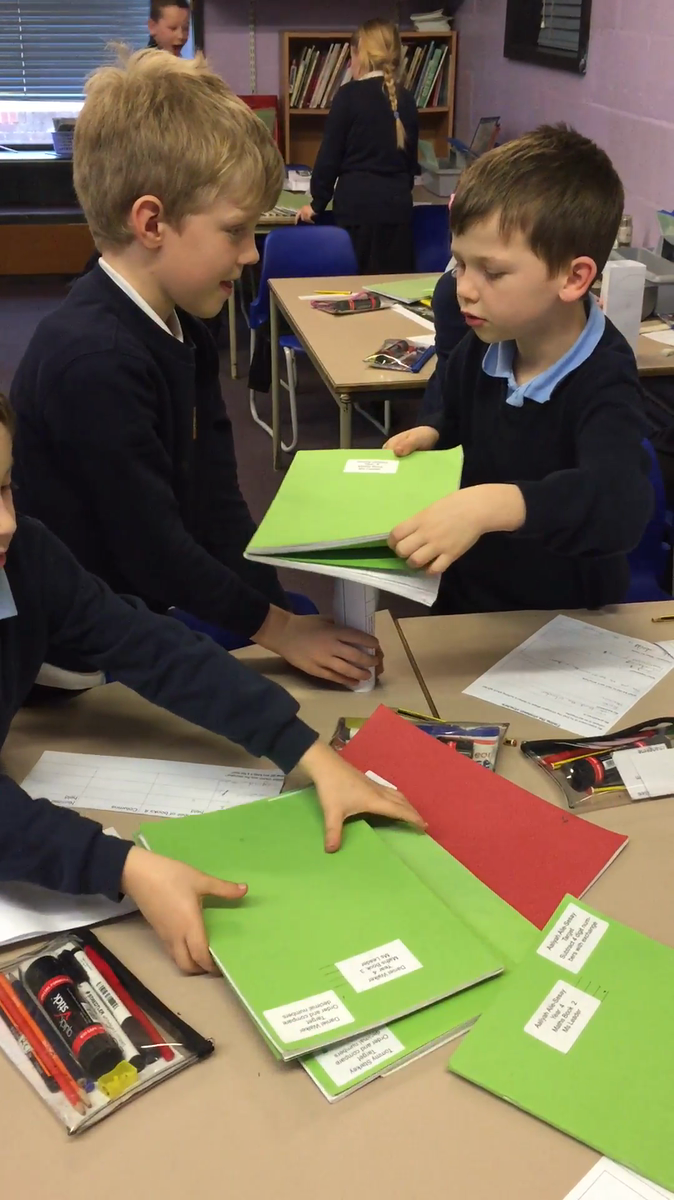 Which structure would be the strongest in an earthquake? We carried out a fair test to find out.

Class 7 were life models in Art today! They recreated the positions of the Pompeii victims, from the eruption of Mount Vesuvius and sketched one another in their art book! We have some artists and models in the house! Watch this space!

Class 8 were debating whether a cat or a dog would be the best pet. We are writing balanced arguments about this soon, but started off reading texts for and against having cats or dogs as pets. We then made our own minds up and created a 'human bar-chart'. Looks like dogs are more popular at the moment!

French lesson - greeting each other - video 2 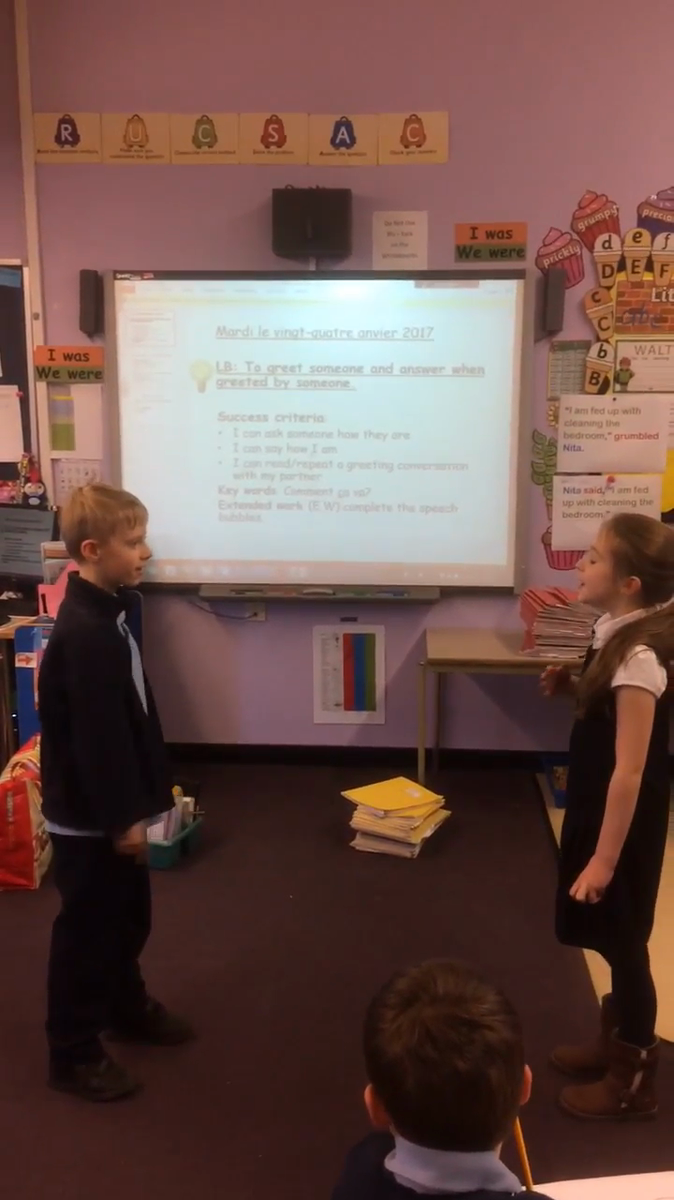 French lesson - greeting each other - video 1 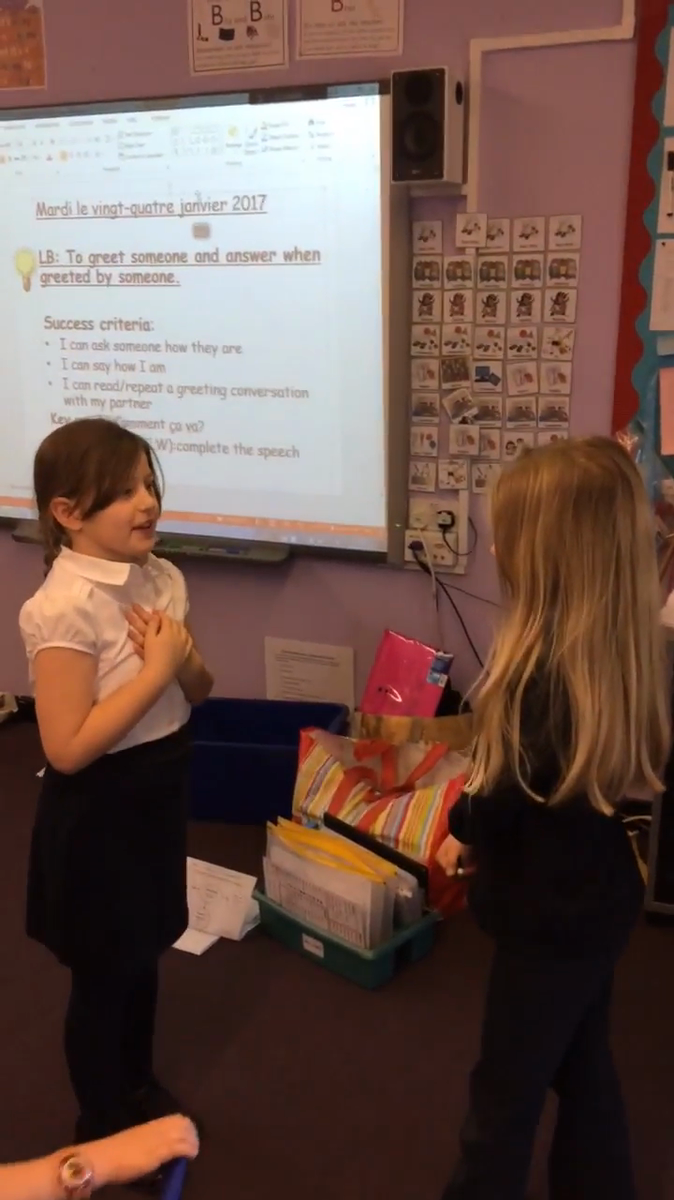 On Wednesday 25/01/17 Duncan Russell visited Class 8 to talk about rocks. We found out lots about the different types of rock and found out how rocks can talk to us. Thanks for coming in Duncan.

Year 6 and Year 3 got together to discuss what they know about light and shadows as Year 3 have just finished their work on that topic and Year 6 are just about to revisit it.  Wonder who the experts were?

We enjoyed finding out about circuits with Mr Evans.

Class 7 have finally finised their carts and tested them out today on different surfaces!

Class7 are investigating the friction created by different surfaces. We have tried carpet and wood but need to test more.

Class 7's performances of Moses and the burning Bush. 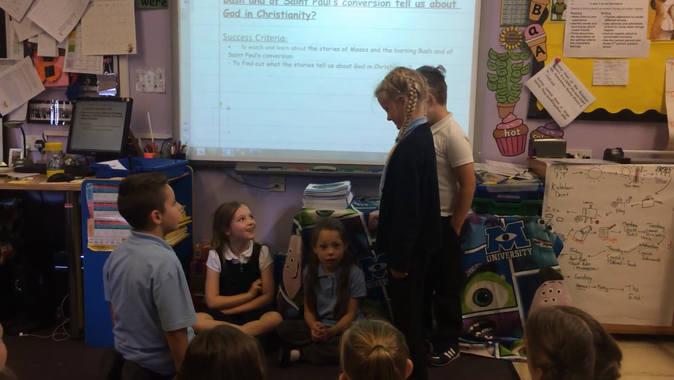 In Class 7, within RE, the children have been learning about the religion Christianity and different stories within the Bible. The children then, to show that they understood the story of Moses and the burning bush, performed different parts of the story in front of the class, in small groups.

Class 8 tested different materials for Mrs Slippy. We think the silk will make the best mat for her new slide. 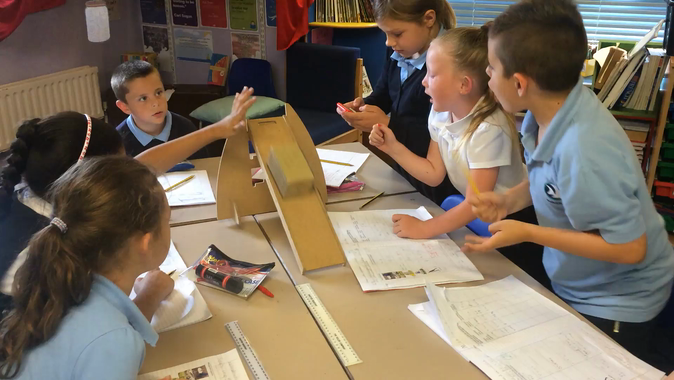 Today in Science, class 7, had fun by investigating forces such as: speed and friction! We used different materials and recorded their distance and speed down a ramp!

We have been working on place value activities and have used HTO equipment, counters and number squares.

Year 3 have been enjoying Meerkat Mail by Emily Gravett. Today we held a conscience alley to help Sunny decide how to deal with the fact that he felt that life at home was too crowded. Everyone gave Sunny advice about what to do. In the end half of Class 8 thought he should get away for a while, and half felt that he should stay at home and try to deal with his problem by talking to people, finding a quiet place for himself or asking for some time alone.

We visited Hardy Park to find out about forces - we weren't just playing - honestly!
In the first week back, class 7, have been enjoying looking at number place value and putting numbers on a number line. The children all worked together at the start of the lesson, with counters, as they counted up in tens and tested one another on their number bonds.
Top
Cookie information
Cookie Notice